Author! OK I did write the comments in the book. I started with the ideas collected by David Seltz about how people had made money with a typewriter. Now typewriters have now been consigned to museums the copyright has been allowed to lapse.
I am one of those people who believes that there is a lot that can be learnt from the past. Maybe that is why I enjoyed studying history at school and university so much. 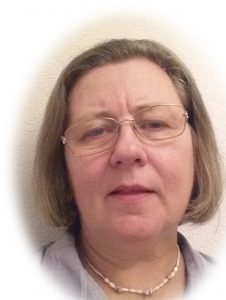 Oops! that was not why you came to this page was it. OK who am I? My name is Susan. I wanted to be a teacher as a girl and by a long and torturous route ended up as a qualified teacher in life-long learning. (In other words, I have all pieces of paper I need to get a job teaching adults in the UK if I wanted to work for others.)

The reason I was looking for work that day was that the night before I had had a dream. In the dream, I was in a prison but somehow I knew that I could have been a warder if I had done some job searching. Strange thing was that this course led to me gaining a qualification that was high enough to teach business start up.

It is not just the pieces of paper I have gathered that have helped to shape my thinking. (BTW I have a file full of certificates but that is another story.) I have needed to be a survivor in a number of ways.

After the first time the main breadwinner lost their job they tried getting involved in one business. Mercifully that venture collapsed before the house was re-mortgaged or we could have lost that as well. Then came another job and another before they gave up looking for a job and tried self-employment. Oops that did not work very well either.

It was then the idea of being a survivor had to move into another dimension. They decided to set me free from these trials. Not that I liked the idea at the time but looking back it was the greatest kindness they ever did.

A whole new world opened up for me once I had recovered from an uncertain past. Now I write for others not just for myself. Now I use my computer skills in a different way. Now I can have a money-making parlour of my own.

The parlour was the room were people could talk with visitors. It seems that the word was first used in medieval times. Then there were monasteries that had strict rules about when and where you could speak. In such religious orders one place where they could speak was the parlour. It became the place where they could receive visitors and speak to them. That makes sense when you think that the word parlour has its root in the French word meaning to speak.

More recently the parlour was not just the place where you talked to visitors but the best room in the house. Of course, it was as we all want to make good impression on those who visit us.

Over time some ideas associated with words are kept and others are dropped. Most of us are thankful that the idea of a parlour being the only place you could talk was put to one side.

When you look at it that way the parlour is an ideal place to start a business. What do you need to do when you start a business? Talk to people and build relationships with them. The parlour was the place where people from outside met and talked to the people inside. What are you doing when you are building a business? You are making links with those from outside. It is like the outside coming into the house.

Yes it is the best room in the house but there is more to the history and meaning of the word than you might have realised.